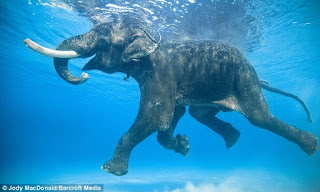 Just how many small businesses will be able to swim?


As the GST train rolls onward to the proposed implementation date of 1st of July, millions of small Indian businesses are woefully under prepared for the transition to the new tax regime.

GST has been rightly billed as a landmark tax reform. It heralds not just a new unifying tax but also a new way of doing business for an overwhelming majority of Indian businesses. Whilst its success in fostering growth remains to be seen, its disruptive potential has not been properly assessed by most commentators.

The transition to the new regulations will not be easy in the given circumstances. With little more than 50 days to go for the implementation date. You would think it will be highly unusual for there to be no clarity as to which products and services will be taxed under which rate when GST comes in. This prevents many businesses from ascertaining the impact of GST upon their bottom lines, the business owners have no way of knowing if their inputs are going to become dearer and how much additional cash they will have to inject into their businesses.

Small service businesses are already apprehensive of the tightening of their cash kitty on account of GST recovering taxes from them on a mercantile basis. This is in contrast to the prevailing system under service tax regulations wherein businesses up to a certain size were allowed to pay taxes on cash basis.

To make matters worse, there is an abundance of confusion around various procedural aspects of the new system. For example. there is no clarity on filing of returns from  It is a known fact that GST is going to increase the overhead of small to medium sized businesses significantly. This will be even more notable where such businesses operate in more than one state. The GST acts talk about submission of data at three different times per state every month. On the other hand the government has stated on a number of occasions that only one return per month per state shall be required. In the absence of an official notification to this effect, confusion reigns supreme.

There is also the small matter of the significant rejigging of current business practices and procedures that the new tax system requires. This is something most businesses do not acknowledge and as a consequence are unable to prepare for.

All in all, given the lack of clarity and preparation the first months after GST may see panicked reactions not unlike those that followed after demonetization. Businesses, specially ones that wish to not just stay afloat but thrive, should learn to swim in these waters.

Popular posts from this blog

- December 08, 2020
One of India's most notable and successful Angel investors Mr Sanjeev Bhikhchandani has come out vociferously against the trend of Indian startups flipping to foreign jurisdictions , particularly the US state of Delaware.  I have linked the article above and have also summarized his main assertions against the concept of flipping below : It robs India of intellectual property and data India loses tax revenues India loses Market capitalization Indian investors get shut out I am attempting to respectfully counter Sanjeev's comments with utmost regard for his work. Intellectual property and Data This is partially correct, since in a flip scenario the intellectual property ownership is passed on to the new parent company. The nuance here is that in the case of established start-ups where intellectual property has already been created this transaction happens at a certain prescribed value that brings in monies into India and is thus not a one sided transaction. In the case of fledgl
Read more

Slavery of the Mind

- September 08, 2020
So much of the modern conception of "beauty" has been enforced by the west. White skin, Caucasian features , blue eyes, have all been forced down our throat while at the same time telling us that the color of our skin, our Indian features were somehow inferior.  True Independence is independence of the mind, its been 70 years now. Lets get rid of these false ideals. Wear your brown skin, all shades of it, with pride.
Read more

- September 24, 2020
Maybe we do need to realize that life is not a bed of roses.  That there isn't redemption every time around.  That people are fundamentally broken and do not operate on logic.  That different people work on different operating systems of life and may not be necessarily compatible.  That everything is temporary and the bad times as well as the good times will not stay forever. Maybe we need to  realize who we are, inside and out.  We need to stop running around just sit and watch the show.  For sometimes, you don't really have any agency on matters at.  You are just strapped into the ride. Like it or not.
Read more